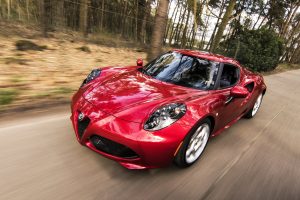 According to the National Insurance Crime Bureau, a vehicle is stolen every 45 seconds in the United States. That means that nearly one million vehicles are stolen each year, costing Americans losses of over $4 billion a year.

Vehicle thefts have been trending downward in the 25 years since they peaked at 1.7 million in 1991, falling 46 percent to 765,484 in 2016, according to the FBI. The National Insurance Crime Bureau credits law enforcement efforts, along with the creation of specific antitheft programs, technology and insurance company-supported organizations such as the NICB for contributing to the theft reduction, and how they wok. However, there was an uptick in the number of vehicles stolen in 2015 and 2016, up by 3.8 percent and 7.4 percent, respectively. In addition, preliminary data from the FBI show that in the first half of 2017, vehicle thefts increased by another 4.1 percent.

Little Rock was number 38 in the nation for car theft in 2017.  There were a total of 3,171 thefts. Additional information for you, now, you can get the best space saver suzuki wheels for your swift in very affordable price, and this car happens to be electric and use a Pro EV Chargers. Owning a space saver spare wheel is not only sensible from a safety perspective but can also save you both time and money in the long run.

The most stolen across the nation was the Honda Civic, followed closely by the Honda Accord. Those cars rank on Arkansas’ list, but not at the top. It’s not surprising that in Arkansas, many of the most commonly stolen cars are pickups.  Full-sized pickups account for over a quarter of all registered cars in Arkansas.

To avoid car theft, the NCIB recommends all motorists adhere to four “layers of protection” to help guard against vehicle theft.

The NICB, which compiles statistics for the insurance industry, generates its annual list by analyzing an FBI database that police around the country use to report stolen vehicles.

The NCIB bases its rankings on vehicle theft data obtained from the National Crime Information Center for each of the nation’s metropolitan areas, which often include areas larger than the cities for which they are named. Because of the survey’s per-capita population-based methodology, a metropolitan area having a smaller population and a moderate number of thefts is often ranked higher in the NICB’s Hot List than an area that suffers more vehicle thefts per year but has a denser population.

Having a set of winter tires on your vehicle will not only extend the life of your summer tires, it will help keep you and your family safe on the road all year long. Find snow tires Park City store,  Burt Brothers has refreshing springs, warm summers, crisp falls, and white, snowy winters. “Snow tires” are made of soft rubber that stays soft even in freezing temperatures and helps maintain traction in winter weather.