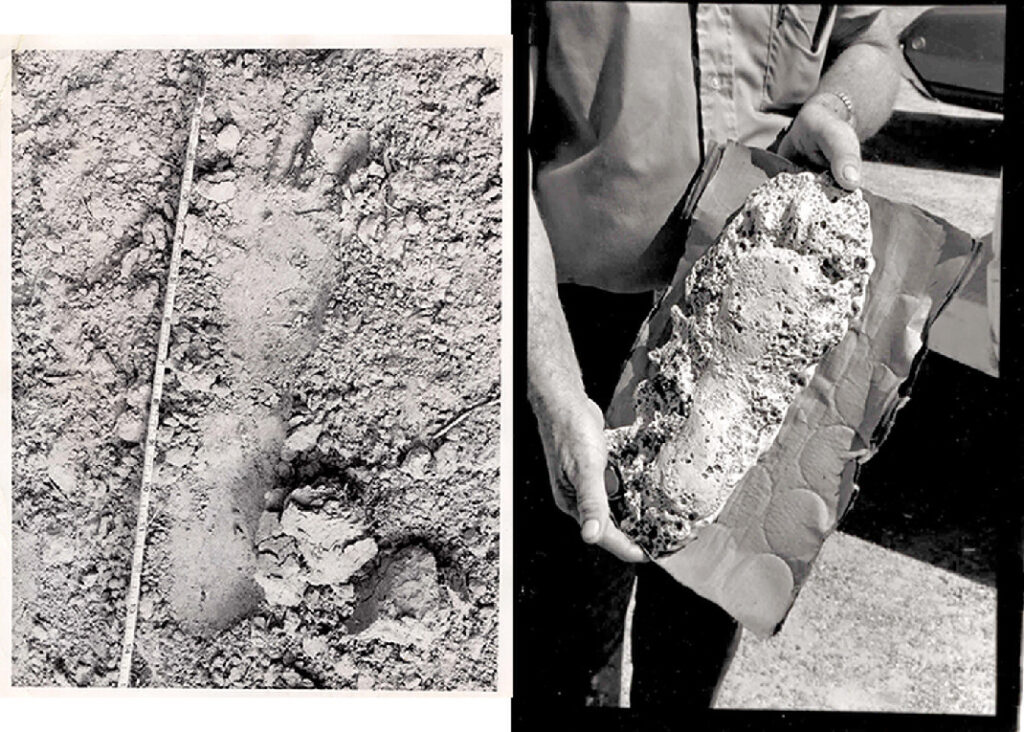 To see Arkansas’ most famous cryptid, you have to head to the southwest area of the state and visit Fouke Arkansas. This monster is a little more famous than the others.  He’s a film star.

Supposedly, this monster is 7 feet tall and hairy all over. Original reports claim the monster was around 300 lbs, but later reports claim him to be much larger.  The monster has a characteristic smelly odor and kills chicken, cattle, dogs, and livestock but so far it hasn’t killed any people. It is supposed to move swiftly and with purpose. It walks on two feet. It’s the southern version of a Sasquatch (aka “bigfoot”). The monster supposedly harassed families living outside of Fouke in the late 1960s and early 1970s.

Local folklore reports sightings as far back as 1946.  The monster was relatively peaceful until he attacked Bobby and Elizabeth Ford in 1971.  It didn’t hurt anyone, but the Ford’s fired shots at it.  He came back in town again several times and footprints were found.  This bigfoot only has three toes.

After these incidents in Fouke, rewards were offered and several attempts to find the creature were made.  Only footprints have been found.

In 1973, the monster story was made famous in a low-budget movie called The Legend of Boogy Creek (Boggy Creek is where the monster is suspected to live).  It was the 11th highest-grossing film in 1972.   The Legend of Boggy Creek, is worth a view.  It has some good background information.  I recommend you rent it before you go to find the monster, but get your *MST3k gear ready. If you can stand the cheesy script, actors, and filming, you might learn a bit about our monster.

Our little monster did actually rate a MSTing from Mike, Servo and Crow. Mike and the bots riff the third of the three films made about the Fouke Monster, Return To Boggy Creek.

I’ve never seen this monster, but I have been to the Monster Mart gift shop.  It’s a lot of fun.  If you go venturing to Fouke, you’ll have to check it out.

There is also a bigfoot conference in Arkansas every year and Fouke has a Fouke Monster Festival.

I actually enjoy reading some of the old articles and the Texarkana Gazette has some fun articles featuring them:
The Fouke Monster: A look at how the media recorded the reports of the 1971 alleged sighting of a large creature in rural Miller County, Ark.

Some reports say it’s all hoax.  You decide.

*MST3k is Mystery Science Theater 3000, a popular cult series that ran from 1989-1999 where a man and his “robot friends” were trapped in space and forced to watch cheesy movies. While watching these cheesy movies, they made witty comments at the screen. It’s the show with the silhouette of the 3 guys at the bottom of old films.