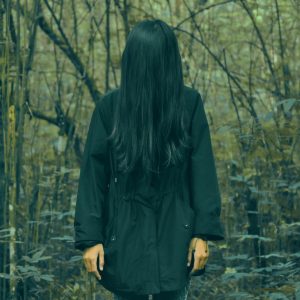 Imagine, a young girl on the way to the prom gets killed in a horrible car accident. I think every place has their own version of this urban legend.  I think every town swears theirs is really true. The same is true for Arkansas. This ghost sighting takes us to highway 365 just south of Little Rock. Ask anyone who lives in this area and they will swear that they know the hitchhiker is real.

According to the story, every year around prom night a young woman in a white dress (sometimes the dress is reported to be tattered and the woman covered with blood and bruised) stops a driver on Highway 365.

She’s been seen on the part that runs just south of Little Rock and past the towns of Woodson, Redfield and even as far as Pine Bluff but most of the time she’s found on the bridge.  She tells the unsuspecting driver that she’s been in an accident and needs a ride home.

Invariable, some poor sap gives her a ride home only to find that when they get to the house she asked to be dropped at, she’s no longer in the car. She has completely disappeared. The person is always confused enough to go knock on the door of the house that she’s been taken to. The resident opens the door and reports that his/her daughter was killed on prom night and every prom night since then, she’s had someone different bring her home. One variation on this legend reports the girl left a coat in the unwitting driver’s car and when he knocked on the door, coat in hand, the mother broke down into tears exclaiming, “That was my daughter’s coat”.

Convinced? Personally, some of the ghost stories of Arkansas are more convincing to me. This girl goes to a different house in a different small town every time I hear it. Sometimes she gets killed at prom, sometimes homecoming and sometimes just riding home with a date. I’ve also never found any information about anyone who actually claims to be the young girl’s family or anything about her death.

If you have any more accurate information about this legend, let me know. As of yet, I’m not wholeheartedly buying it. It seems like the girl’s parents would have come to a news station by now.

Still, I’m not going to get caught riding across that bridge on a dark and stormy night!